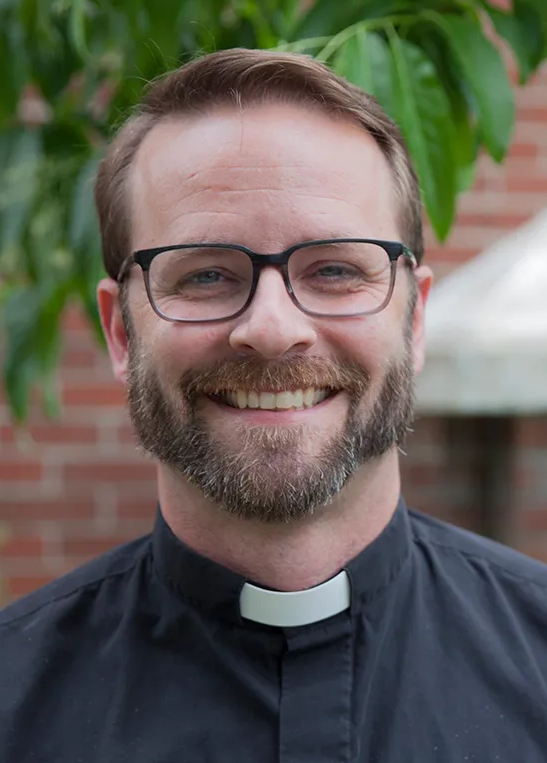 The Rev. David Henson became the rector of St. James Episcopal Church in August of 2021. Prior to St. James, he served for five years at Trinity Episcopal in Asheville and for four-and-a-half years at St. Bartholomew’s Episcopal in North Augusta, S.C. David holds degrees from Samford University in Birmingham, Ala., and the Graduate Theological Union in Berkeley, Calif. Prior to being ordained, David was a daily newspaper journalist for four years and a stay-at-home dad for five. He is married to Amber, a family physician for Blue Ridge Community Health, and they have two sons, Brendan and Will. David is active in the diocese, serving on the Commission on Ministry and as the preaching instructor for Iona WNC, an educational collaborative with Seminary of the Southwest for bivocational ministers. In his free time, David enjoys hiking and backpacking, reading and watching movies, spending time with his family, drinking coffee with friends on his porch, and chasing after his exceptionally energetic Australian Shepherd, Archie, and mending fences with his cat, Milly, who still hasn’t forgiven them for getting a dog. 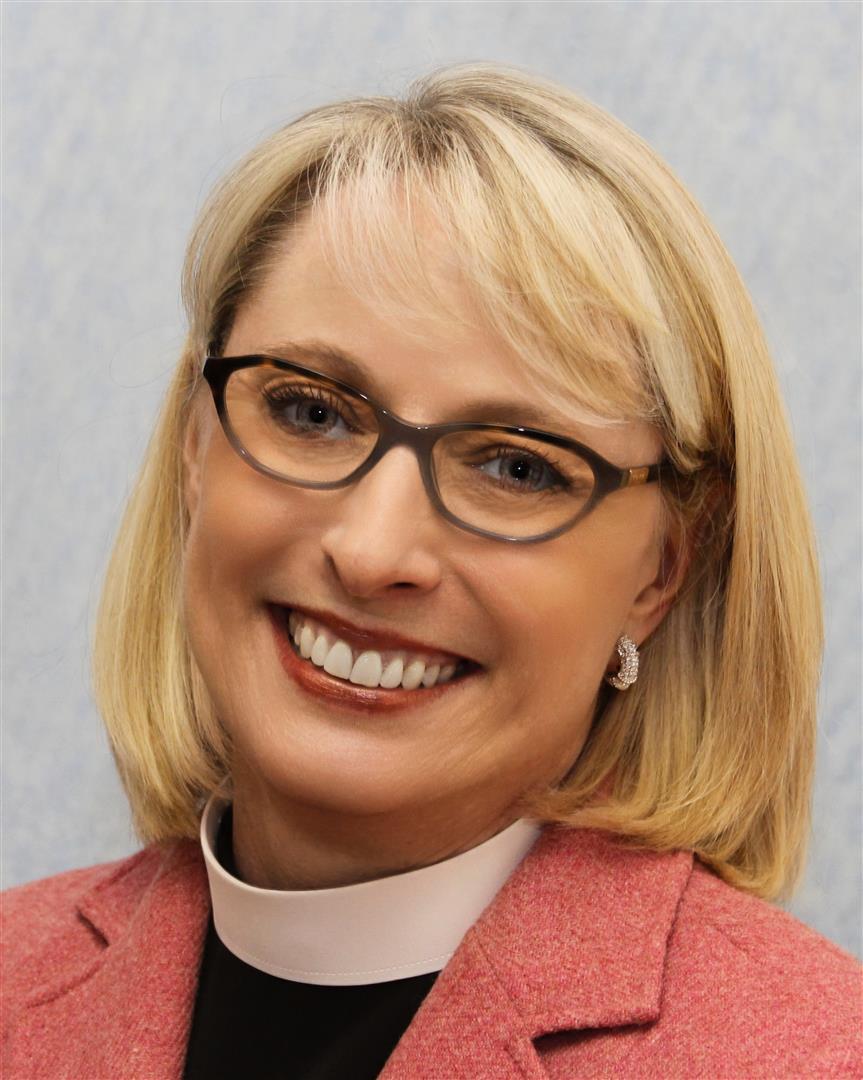 The Rev. Christie Walton began her work at St. James in February of 2015. She moved to Hendersonville from the Panhandle of Florida, where she served as the Rector of St. Francis of Assisi Episcopal Church in Gulf Breeze for nearly five years. Before that, she was twice an Associate Rector at St. Michael and All Angels Episcopal Church in Dallas, Texas as well as Canon for Community Life at the Washington National Cathedral in Washington, DC. At St. James, she oversees pastoral care and adult formation ministries, along with preaching, teaching, leading retreats, pastoral counseling and working with children and families. She has served in several dioceses on two Commissions on Ministry, on the pastoral oversight boards of two hospitals and has been a delegate to General Convention.

Christie spent her childhood in Dallas, Texas and Palo Alto, California. She attended college in Virginia, where she fell in love with the Blue Ridge Mountains. Before attending seminary, she lived and worked in Boston, Massachusetts and was a member of Trinity Church, Copley Square. She holds a BA degree in Music and Vocal Performance from Sweet Briar College, a Master of Divinity from the Yale Divinity School and the Certificate of Anglican Studies from Berkeley Divinity School at Yale. She was ordained a deacon in 2002 and a priest in 2003.

Christie is married to The Rev. Lin Walton, also an Episcopal priest, and spends her free time reading, exploring history of all kinds, traveling, and hiking and backpacking with her husband and their very energetic Foxhound, Theo.

Tim is a native of Henderson County. In 1991 he married Kerry, the love of his life since high school. They raised their two children in Hendersonville. Tim was ordained in the Episcopal Church in 2010 and has served on the clergy team at St. James since 2010.  As a vocational deacon, his ministry in the world has focused on feeding the hungry and providing shelter to the unhoused in our region. Since 2001 he has been the Chief Operations Officer for the Hendersonville Rescue Mission where he oversees the daily operations of a 77 bed homeless shelter for men, women and children as well as a free daily feeding program for the public, a drop in day center, a community medical clinic and transitional houses for women and children. Tim serves on many local advisory boards and task forces related to public transportation, affordable housing and other issues that impact the wellbeing of the local community.

Tim is a lover of words and colors. He is an avid hiker, storyteller, poet and artist. His nature photographs and paintings have been featured in numerous gallery exhibitions and public installations in places of healing. He has had two books of poetry published, including a book of blessings for everyday situations in life. Tim passionately believes that creating is part of the essential work of the soul and that art has the power to heal and change the world. Tim often leads tours and facilitates group conversations about the history, symbolism and theology of the stained glass windows at St. James.