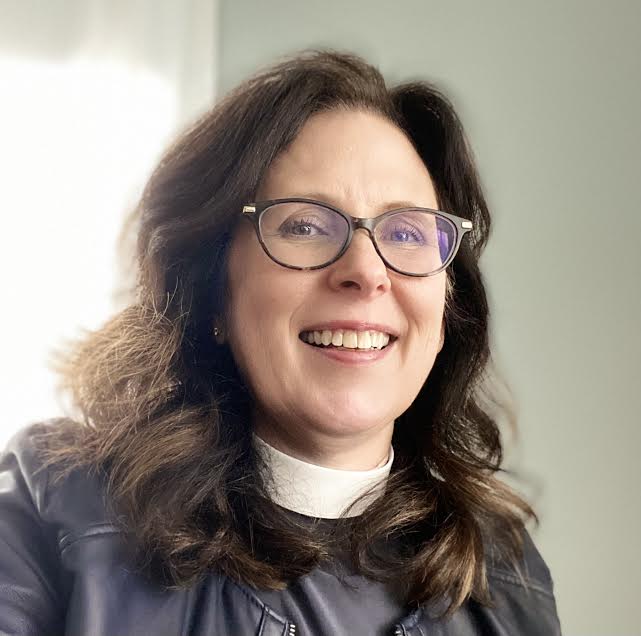 I am delighted to join the leadership team of St. James as your interim assistant rector. After living in northern Virginia for thirty years, and raising our family, my husband and I moved to Hendersonville in June 2020. I grew up on the outskirts of Baltimore and received my love of liturgy and sacrament from the large Roman Catholic parish in which I was raised. My husband and I began attending the Episcopal Church as our family grew. There I developed an appreciation of Anglican theology and tradition and began to study scripture.

I entered Virginia Theological Seminary in 2007 and was ordained as an Episcopal priest in December 2011. After ordination, I taught religion at St. Stephen’s and St. Agnes School (an Episcopal school) in Alexandria, Virginia. For five and half years, I served as an associate rector at St. Francis in Great Falls, Virginia. In addition to a Master of Divinity degree, I hold a Bachelor of Arts degree in economics from the George Washington University and a Master of Arts degree in economics from Virginia Polytechnic Institute and State University.

My first career was as a regulatory economist and business analyst in the telecommunications industry. In my free time, I enjoy digital photography and “old stuff” (I have a professional certificate in Historic Preservation): old buildings, graveyards, Civil War sites, and, in particular, old churches. Although my husband and I miss traveling this past year, we are enjoying the beauty of the Blue Ridge Mountains and hanging out with our two dogs.