Dusting Off Our Past...our chronological timeline

This community is steeped in history as a summer retreat for Charlestonians. Our gorgeous sister parish, Saint John in the Wildness, established in 1843, helped guide Saint James to consecration in 1863 during the troubled times of the Civil War. Saint John was more of a summer parish but Saint James grew to become the largest year round parish in our community. Hendersonville grew exponentially once the railroads traversed the mountains in 1894.

There were prosperous times and there were times of stressful hardship but Saint James maintained a passion dedicated in love and faith which proved resilient. Fortunately, many parishioners had the vision to initiate the very design of our current unique church; founded on the examples of older English parish churches. A regionally prominent architect, that was a member of our parish, helped with the master plan. Influential parishioners created our cherished bell tower with the direction to follow the iconic design of English architects. Our bells come from the same foundry as that cast Big Ben. Our stain glass windows come from the same design craftsmen that restored windows at Westminster Abby and Canterbury Cathedral. Our gorgeous organ; built in Durham, England, is recognized as one of the most exquisite in the United States.

History is certainly very important to all of us. We hope to continue and enhance this history and create an important legacy not only for ourselves but for generations and centuries to come.

Please review the brief timeline below and become more passionate about our history and future opportunities:

1843: Led by clergy from St. John in the Wilderness, Flat Rock, Episcopal services began in Hendersonville until ministry began to take root.

1860: Services began in a new brick church built by parishioners.

1863: After the debt was retired, Bishop Atkinson consecrates St. James on September,19.

1865: As the Civil War drawings to a close, Union troops confiscate the one church bell on the grounds.

1866 – 1894: A very difficult time for St. James, Henderson County and Hendersonville due to the devastation of the war and re-construction.

1902 – 1917: St. James experiences remarkable expansion. Construction begins on a new chancel, behind the church, to increase seating capacity. Due to World War I, construction stalls before completion. The unfinished chapel will sit unfinished and open to the sky for decades.

1922: Rector Arthur Farnum leads St. James from a mission status to a self-sustained parish and helps create the new Diocese of Western North Carolina, no longer a missionary district.

1932: Elizabeth and Carrie Hughes open their School for Little Folks which moves to St. James in 1962.

1940s: The “Ruin” is completed and joined to the East wall of the Church.

1978: Patton Memorial Bell Tower is dedicated, houses 8 English made change ringing bells, one of two of its kind in North Carolina.

1999: Harrison & Harrison Organ having been constructed in Durham England is installed at St. James. The nineteenth-century style organ has 2573 pipes with slides with a total number of memory levels of 256.

2013: St. James celebrates with a “Sesquicentennial Commemoration and Rededication of St. James Church and Her People.” 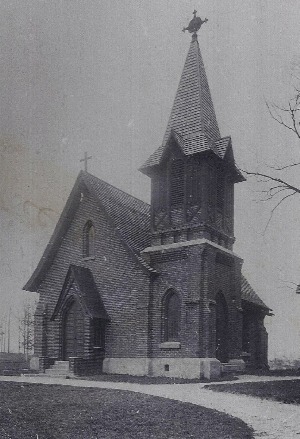 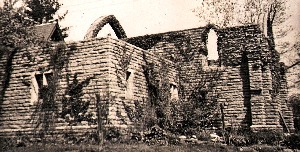 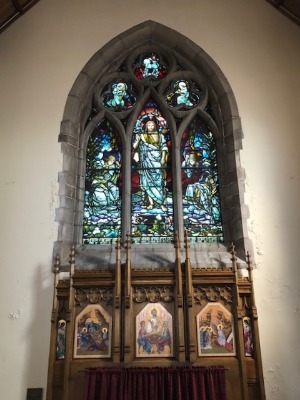 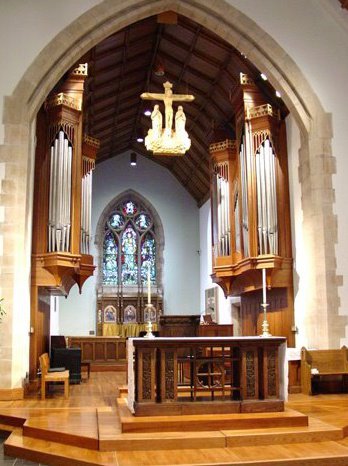 Alter with Harrison & Harrison organ shown in back ground 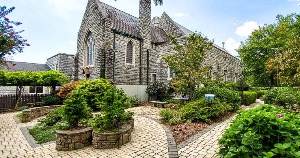 Current view of our chapel and gardens